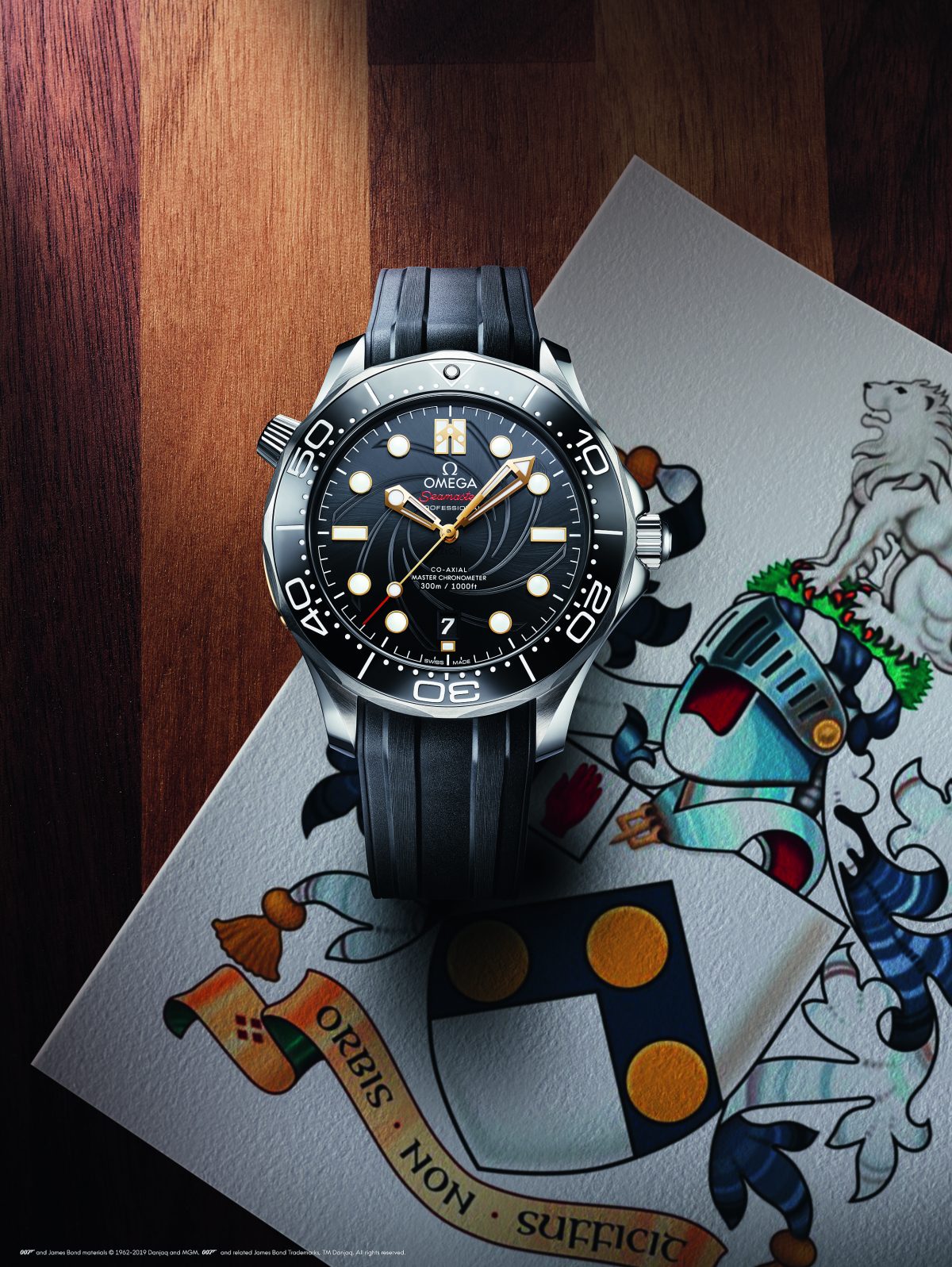 OMEGA releases a Seamaster Diver 300M to celebrate the 50th anniversary of On Her Majesty’s Secret Service (1969), replete with 007-details and more than a few surprises.

OMEGA’s new 42mm Seamaster Diver 300M in stainless steel is limited to 7,007 pieces and features a black PVD on black ceramic dial with a spiral-brushed gun barrel design and 9mm bullet head at the centre. On the side of the case, OMEGA has placed an 18K yellow gold plate engraved with each unique Limited Edition number.

On the 7th day of each month, the number 7 on the date window uses the same font as the 007 logo.

18K yellow gold has also been used to create the hands and indexes, including the index at 12 o’clock, which is inspired by the Bond family coat-of-arms. On the 7th day of each month, the number 7 on the date window uses the same font as the 007 logo. There is also a hidden ‘50’ on the 10 o’clock index, which appears by night as a secret signature within the Super-LumiNova.

OMEGA’s enduring connection to James Bond is clearly a source of pride for OMEGA President and CEO Mr. Raynald Aeschlimann, who described the new Seamaster as: “A fitting tribute to a classic Bond film and one of cinema’s most iconic characters. This extraordinary watch is elegant, full of surprises and sure to be extremely popular with collectors and fans of the character, due to its many Bond-related features.” 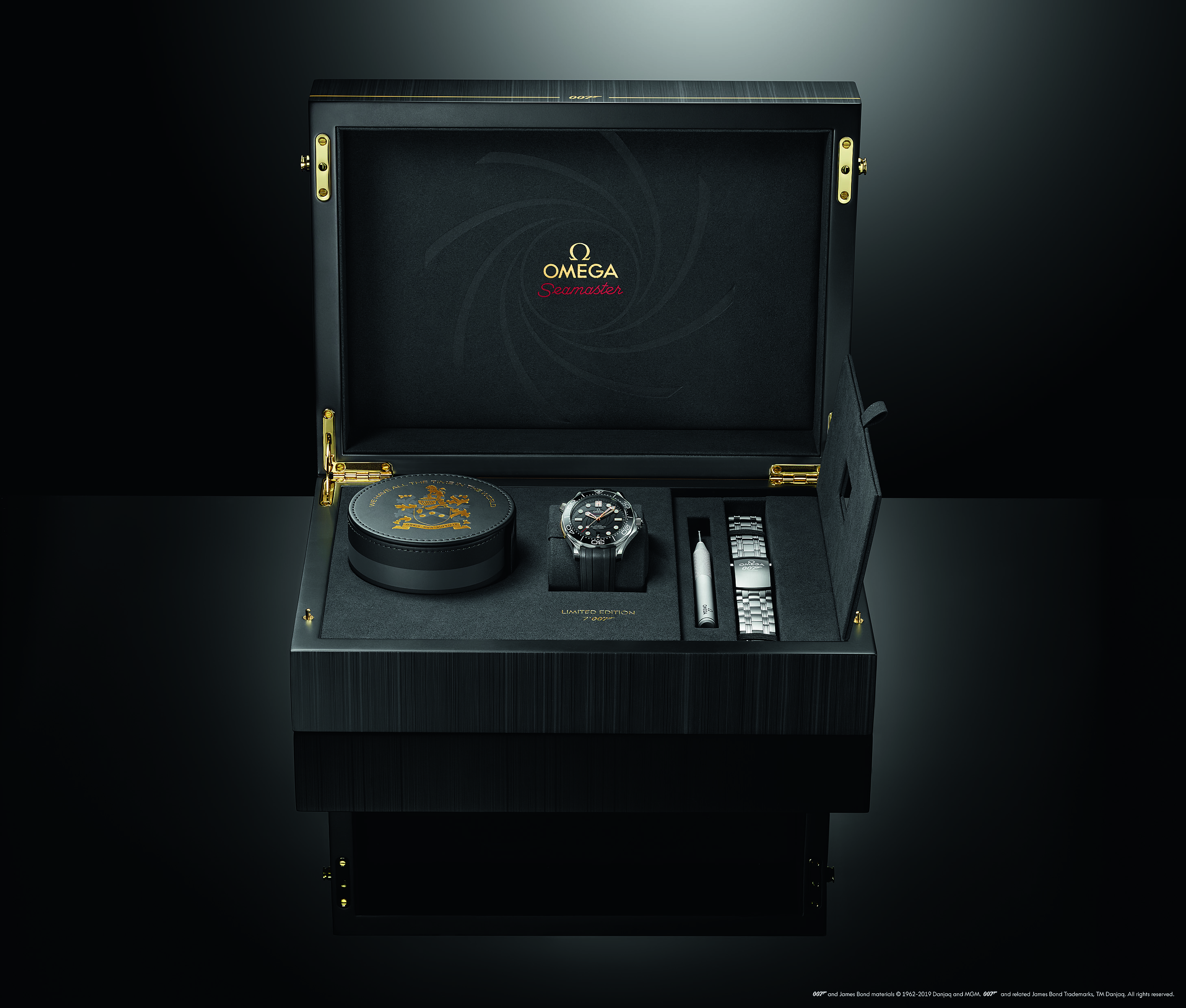 OMEGA has been worn on the wrist of James Bond since GoldenEye in 1995, when the spy was first seen on screen wearing his own Seamaster Diver 300M.