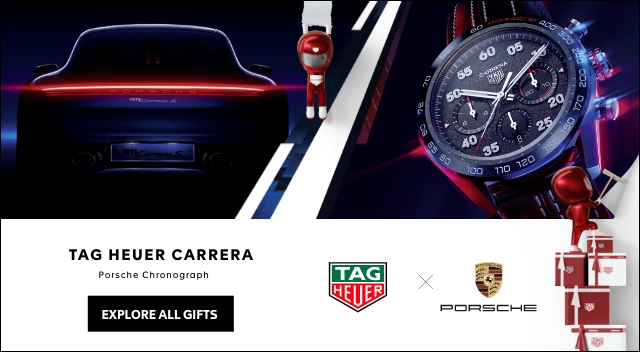 For more than 150 years, TAG Heuer has faced down every challenge, and then pushed past it. By defying the time-honored conventions of Swiss watchmaking, it has led it to ever higher levels of precision and performance. It makes its own rules, chooses its own path, never quits moving forward, never compromises, never cracks under pressure.

TAG Heuer Connected has established itself as world leader in luxury smart watches, and the new generation of Connected offers two models, each of which highlight an aspect of TAG Heuer’s Connected identity.

Building on TAG Heuer’s long-standing heritage in the sporting world, the larger 45mm model offers a striking redesigned sporty look. The smaller 42mm model offers a slimline look built primarily for elegance. As well as TAG Heuer’s trademark design mastery, technical improvements across the board ensure that the new generation of Connected remains a world leader. 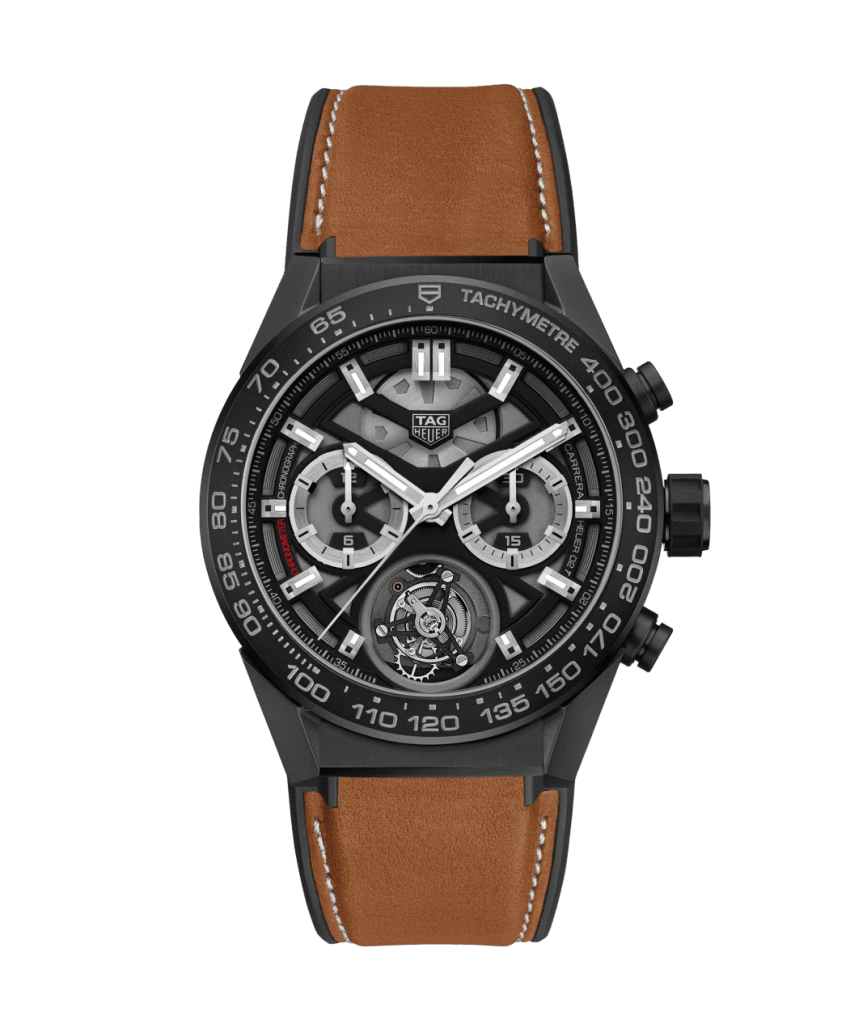 RIDE ON. Speed. Sweat. Strength. Jack Heuer created the Carrera watch in 1963 in tribute to the famous Carrera Panamericana auto race widely considered the most dangerous in the world. Just as exciting as the race that inspired it, the watch broke traditional watchmaking rules and was the first chronograph specifically designed for professional drivers, but perfect for speeding down the open road or cruising through daily life thanks to a more simple, more elegant, more readable design. He broke the rules of watchmaking design and TAG Heuer has been blending fashion and function ever since. The Carrera celebrates the speed demons, the risk-takers and the dreamers who race against time and never slow down. 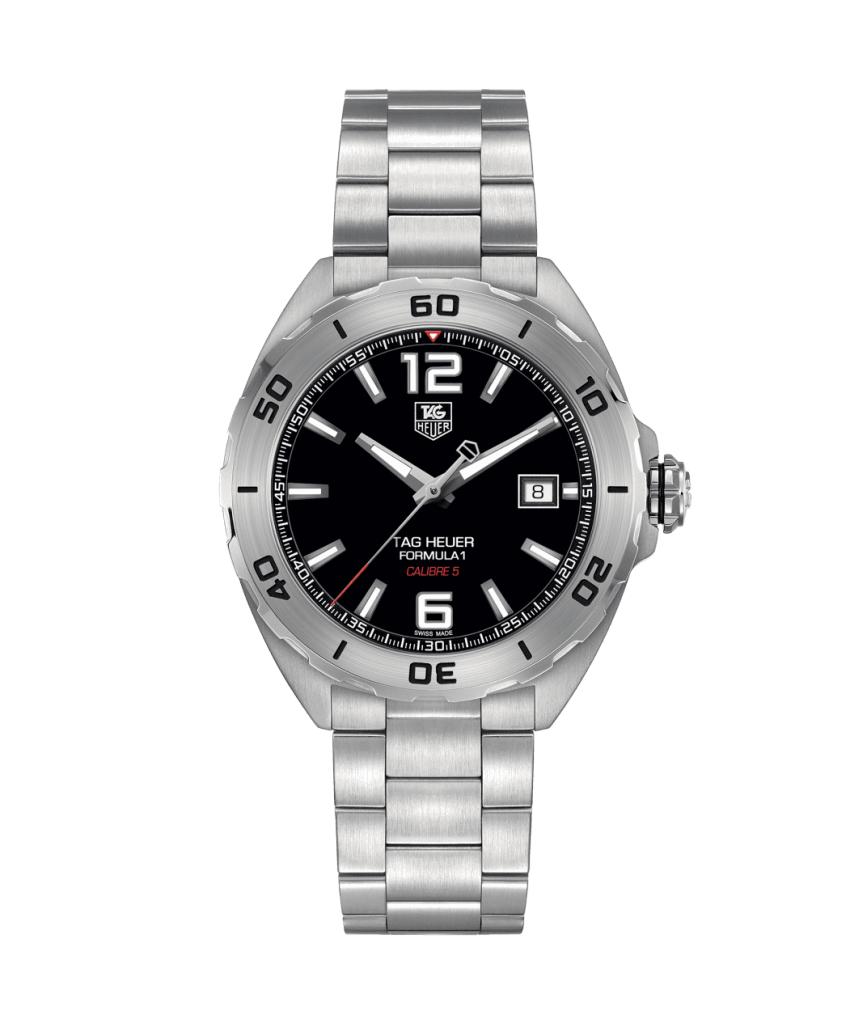 SPEED UP. The Formula 1 collection was designed for a high speed life on or off the racetrack. The advanced technology was inspired by the extreme performance of Formula 1 teams and is worn by champion drivers around the world. It’s tough enough for the pros, but comfortable enough for everyday use thanks to brand new cutting edge ceramic material developed especially for this colorful line. 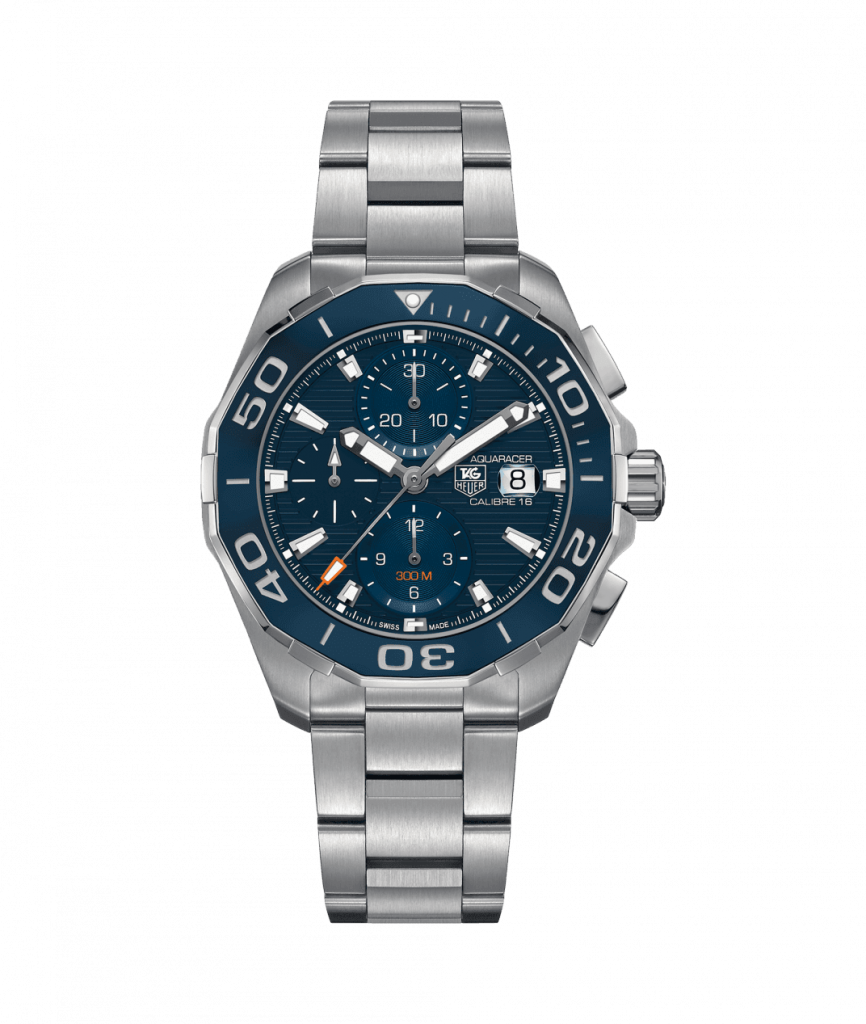 GO DEEP. Ever since we patented the first water resistant case in 1895, we’ve been braving the high seas and sending divers lower and lower into the depths of the ocean, going deeper and darker from 100 to 1000 m with the Aquagraph. The Aquaracer’s unique double security clasp and unidirectional turning bezel protect you so that you can take risks and count on the ultimate precision under pressure as you dive into life. 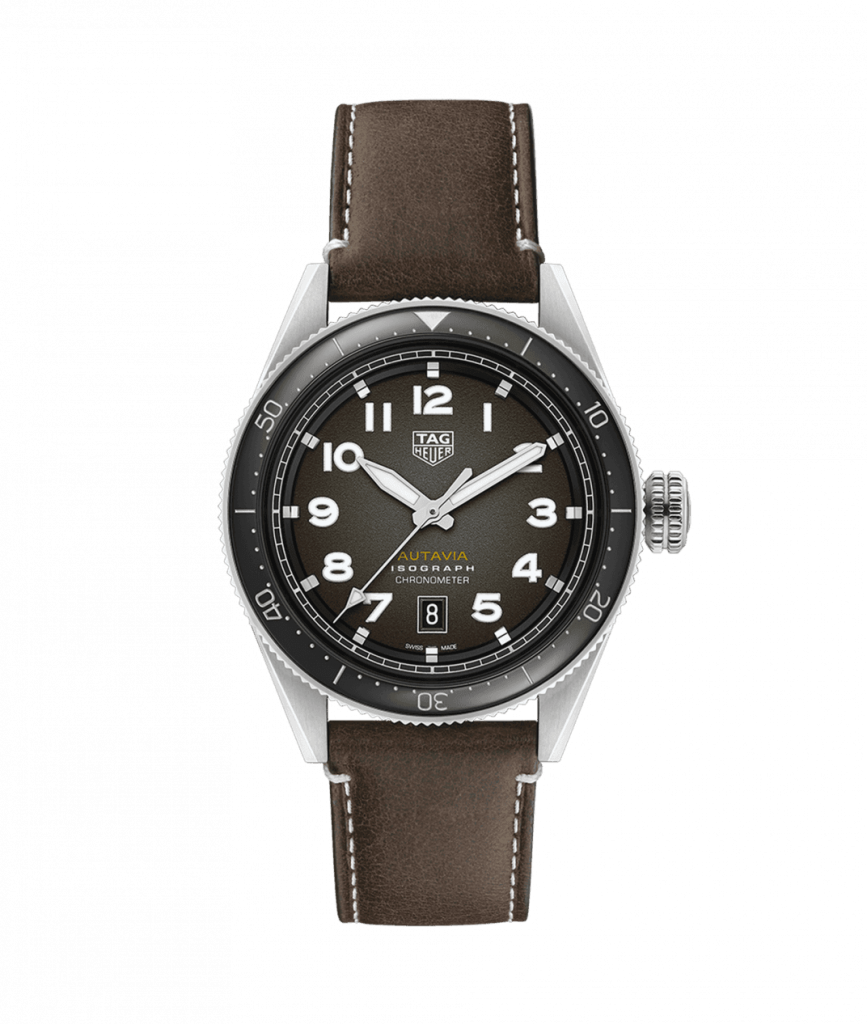 Created in 1933 by Charles-Edouard Heuer, the 1st dashboard instrument for automobile and aeroplane was named AUTAVIA (contraction of the words AUTOmobile and AVIAtion). After a disappointing rallye because of its unclear dial, Jack HEUER decides to recreate Autavia as a wrist chronograph, with turning bezel. The result would be one of the most significant timepieces in the history of the company. «It was bold, modern, stylish and highly legible». Since then, Autavia has a long history in design and technology and is considered as the 1st of the Heuer “Big Three”. 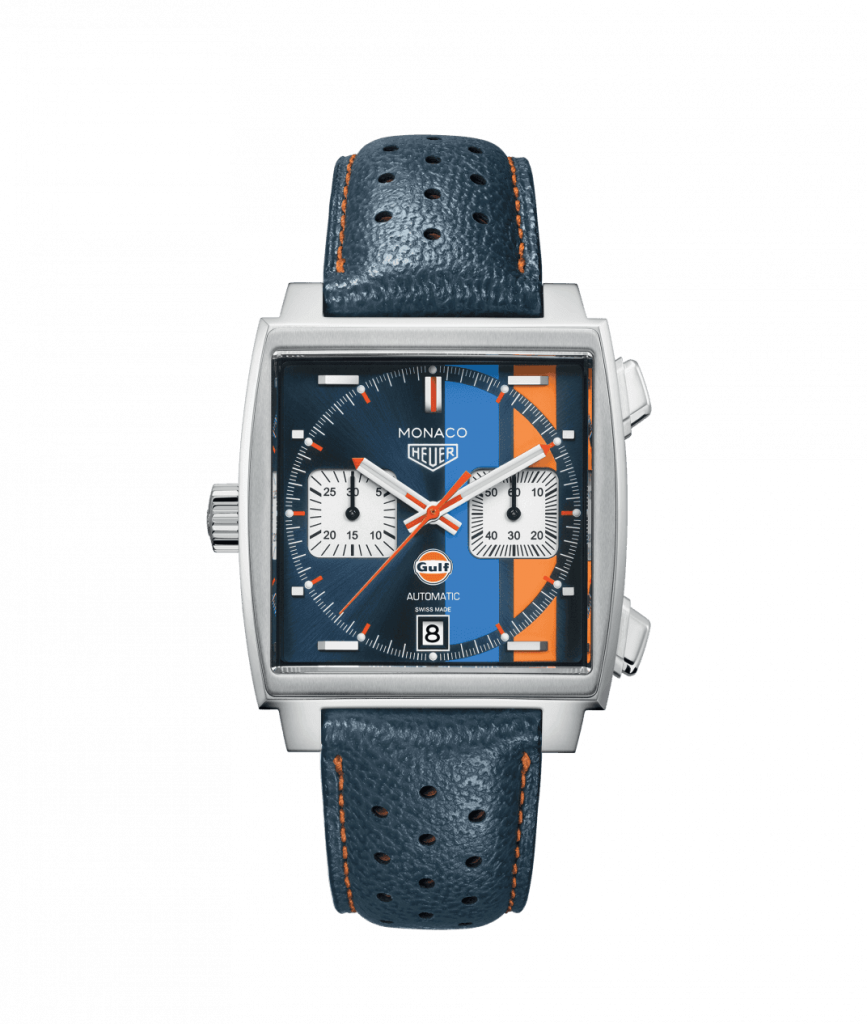 BE ICONIC. Like the race and city it’s named for, the Monaco is the epitome of elegance and prestige with a vintage flair. The world’s first automatic chronograph became legendary after Steve McQueen sported it in the classic 1970 Hollywood racing film “Le Mans.” It’s the ultime watch for those living life in the fast lane. Lights, camera, ACTION ! 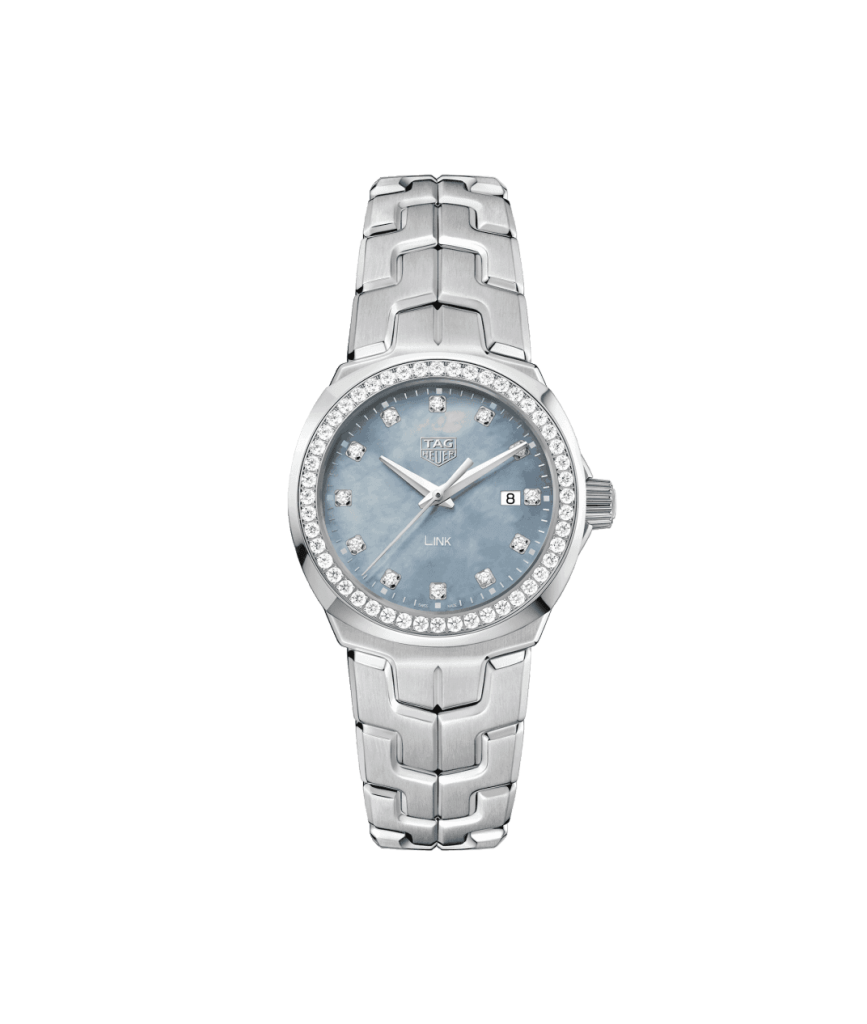 STAY UNIQUE. This fancy and functional timepiece is the epitome of avant-garde design and eternal elegance. The 4th generation of this classic from legendary designer Eddy Schöpfer offers TAG Heuer’s most comfortable bracelet in an even sharper and more elegant design. Its complex and chic geometry and luxurious details make it a continuing symbol of the fusion of comfort and style.

In 1969, TAG Heuer shook up watchmaking tradition by creating the first-ever square water-resistant case. Driven by the celebrated Chronomatic Calibre 11, the Monaco was also the world’s first square automatic chronograph.

It was only one year old when Steve McQueen chose to wear it in “Le Mans”, the famous car racing film, and on the wrist of this major star it soon became an icon. Forty years later, the Monaco series is a truly exceptional collection, a symbol of daring and excellence.

More models available from our stores.